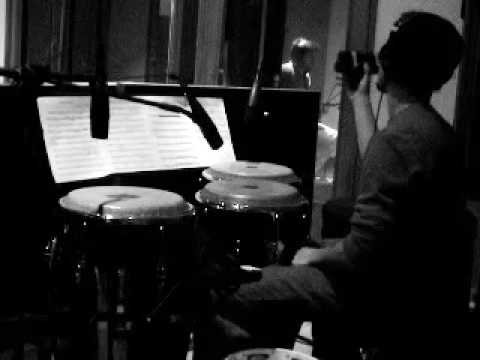 mastered by UE Nastasi, at Sterling Sound, in New York, on August 2008.

video recorded by Dani Gurgel, live at the recording sessions.

A step towards uniting Brazils new generation of songwriters and musicians, Nosso, Dani Gurgels new album, means Ours. Besides her own songs, Nosso brings a landscape of new brazilian music, on jazzy and sophisticated arrangements, remembering and innovating bossa nova. Its not just a new singer album, nor a new songwriter one, but a symbol of many peoples work: composers, musicians, producers, partners and audience.

Produced by Dani Gurgel and Thiago Rabello, a lot of the albums songs came from Danis 2007 Dani Gurgel e Novos Compositores (Dani Gurgel and New Composers) project, which introduced many songwriters that gave birth to many new partnerships. Some of those, which have been recorded by Dani in Nosso, are Vinicius Calderoni, Dani Black, Giana Viscardi and Ricardo Barros. Also in 2007, Dani won Programa Nascente, a fest of São Paulos University (USP), with her Da Pá Virada project. Meaning a fast and tricky child, Da Pá Virada was composed by Dani and Debora Gurgel, the main arranger of Nosso.

With a pianist for a mother and a saxophone player for a father, Dani Gurgel lived most of her life on instrumental music. She was a saxophone player at a big band conducted by Roberto Sion, and at Zimbo Trios saxophone section, then a bass player at her composers group with Vinicius Calderoni and Tó Brandileone. Dani drew her path through music from many angles until she became a singer-songwriter. Her work on music photography and her instrumentalist baggage collaborate for of beautiful sounds and images.
Nosso is an album made by all of us, for all of us: the work of many partners for the union of a new generation.